At KMHO we have delivered communication strategies, tactical plans and projects for our clients. Project deliverables communicate the value of products or offerings or seek to enable better understanding. They have included user guides, slide kits, content for interactive iPad apps, case studies to demonstrate the value of medical technologies, briefing papers for senior management on healthcare issues, and educational booklets on health outcomes topics.

One such example was the development of cartoons to demonstrate the HTA process in ten different countries (please see attached an example for Germany which was done in 2013). 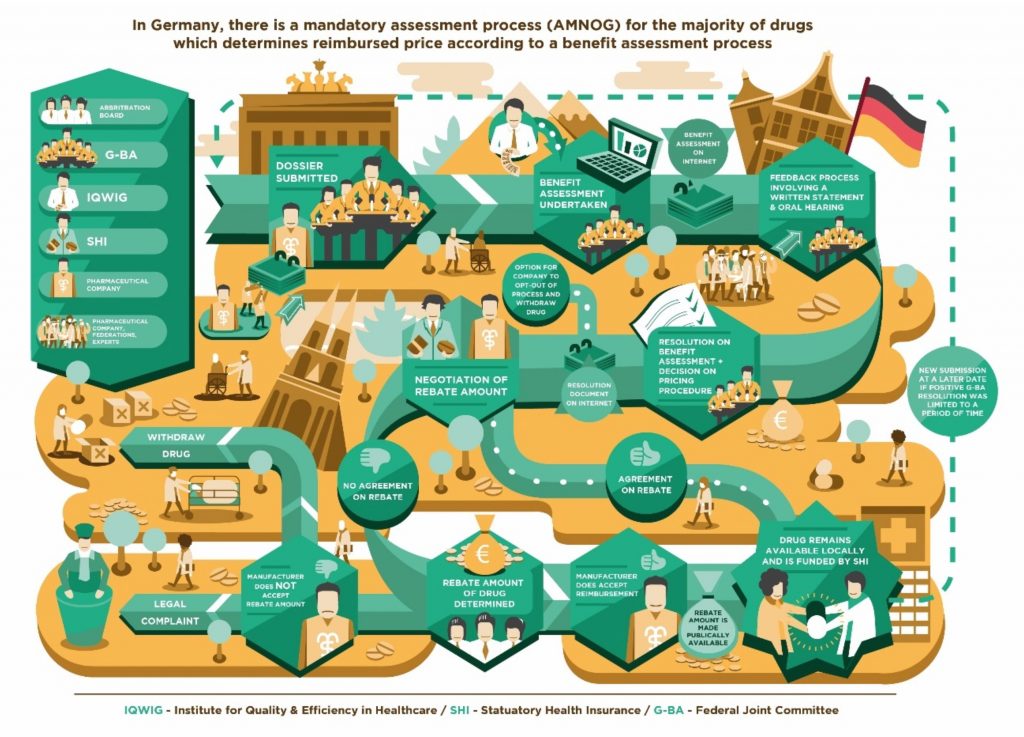 Matt’s background in communications is invaluable to his ongoing work at KMHO. Whilst working in public affairs, Matt undertook media communications activities that ranged from developing media campaigns and managing media partnerships to drafting press releases and arranging press briefings. For example, Matt managed the media campaign for the launch of Prof. Anthony Giddens’ book, The Third Way, which became one of the political best-sellers of 1998 – selling more copies than Tony Blair’s equivalent book.

When he was at Pfizer, Matt managed the media partnership with the New Statesman policy magazine, which involved developing a series of health policy roundtables that included key stakeholders and from politics, healthcare and patient groups.  In his time at the Design Council, Matt developed design policy papers, which received considerable media interest and was well received by policy stakeholders (including Ministers).

For example, Matt initiated and led a joint research initiative on developing a design-led approach to patient safety, in partnership with the UK Department of Health and the Design Council – and co-wrote the final publications. The project influenced public policy, including government funding for further research and the appointment of the first strategic design management function in an NHS agency.